Protest rally of Kurdistan teachers in line with the nationwide protests 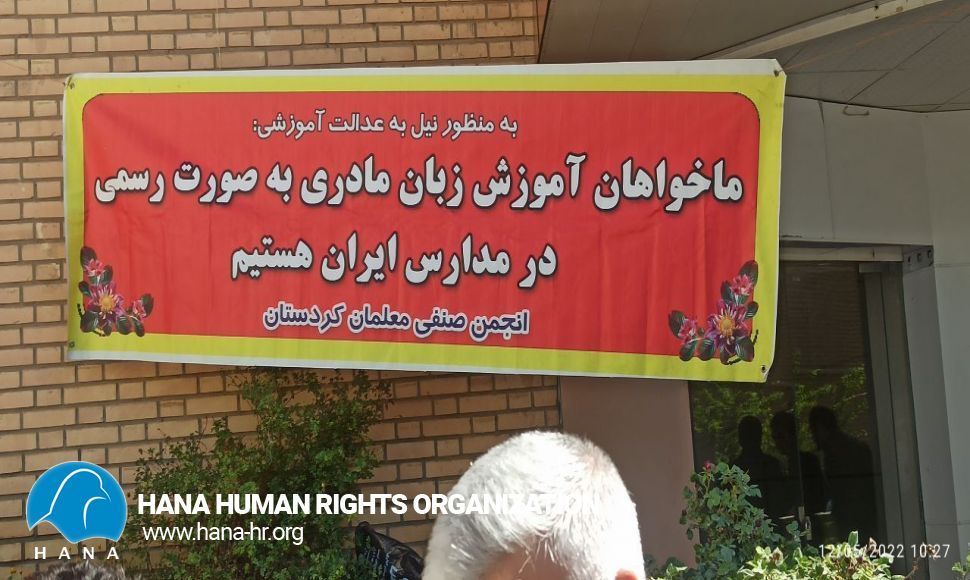 According to the colleagues of Hana Human Rights Organization; Teachers' protest rally was held in the cities of Kurdistan on Thursday (May 12, 2022).

According to this report; Teachers' protest rallies were held in the cities of Kermanshah, Sanandaj, Marivan, Saqez, Divandareh, Dehgolan, Islamabad Gharb and Bijar.
Also in the city of Harsin in the Kermanshah province, security forces prevented a gathering of teachers.
The demonstrators demanded the fulfillment of their union demands, teaching in their mother tongue and the release of imprisoned teachers.
In Marivan, a third member of the board of directors of the Teachers' Coordination Council was arbitrarily arrested last night at his own home, but the rally took on a more united tone, with the participation of civil activists.
The rallies are taking place while four members of the board of directors of the Mariwan branch of the teachers' coordination council, Eskander Lotfi (Soran), Massoud Nikkhah, Shaban Mohammadi, and the Shahabad branch, Farhad Mirzaei, are being detained by security forces. .