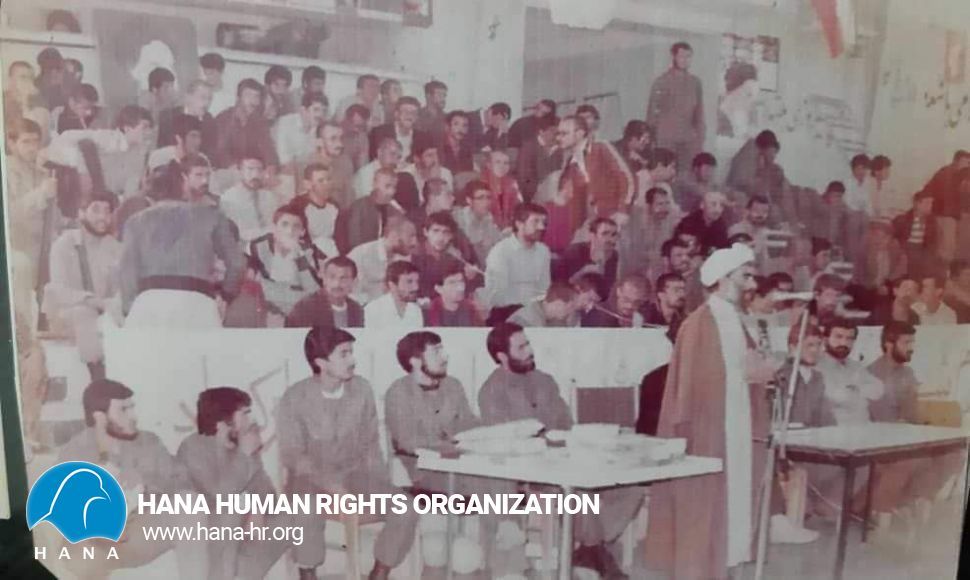 Hana Human Rights Organization; Dozens of Kurdish political activists and members of the "Komala" were executed in the city of Sanandaj on June 14, 1983, by order of the Revolutionary Court.

The government of the Islamic Republic buried the bodies of these political prisoners in an unfamiliar cemetery on the outskirts of Kermanshah, while parts of their bodies were found.
These political activists are sentenced to death in Sanandaj Prison and Revolutionary Court after months of medieval mental and physical torture. The families of these victims unaware of the mass execution of their children,  go to the Revolutionary Court one day after their execution, to visit their children, but the authorities of the Islamic Republic, instead of responding to their request, gave them their personal belongs,  and a bill of the cost of the death penalty. The news of the mass execution of dozens of political prisoners and activists and cadres of Komala in the city of Sanandaj shakes the political situation in the city and on that day many parts of the city are practically closed.
People go in groups to the homes of the relatives of the executed victims and there is a wave of hatred and dissatisfaction in Sanandaj.
These executions were carried out by mass and organized killings of prisoners since February 24, 1979, in accordance with the establishment of a judiciary called "Revolution" by the order of the Supreme Leader of the Islamic Republic of Iran Khomeini.
Since then, repression, violence, and execution have been the only means of the Islamic regime to stay in power. But the mass protests, which have intensified in recent years, have smoothly denounced these government behaviors with the slogans "Political prisoners should be freed" and "no to execution."
Since then, repression, violence and executions have been the Islamic regime's only means of sustaining itself. But mass protests, which have intensified in recent years, have consistently condemned the government's crackdown on "political prisoners must be released" and "no to execution."

Hana Human Rights Organizations, with the help of her colleagues, publishes the names of 33 of those executed in the following way and asks our colleagues to cooperate in completing these names.