Three of the arrested teachers of Divandereh were released 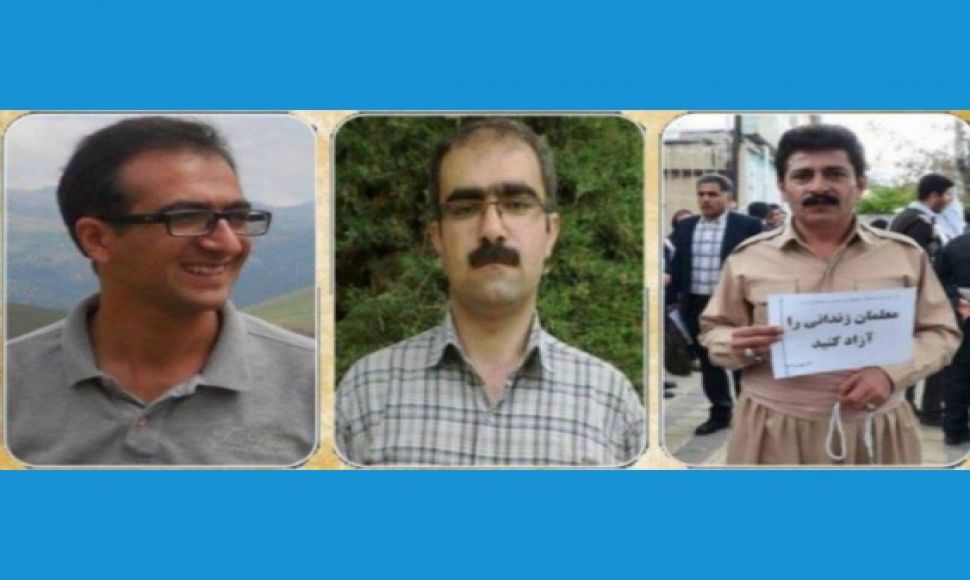 Three teachers and union activists of Divandereh city, named Mohiaddin Karimian, Asad Alavi and Korosh Babamoradi, who were arrested by the intelligence forces of the police on Tuesday, July 26, 2022, after a protest gathering of teachers in front of the building of the Education Department of Divandereh, they have been released after several hours of interrogation.

This protest rally was called by the Kurdistan Teachers' Union of Divandereh branch at 10:00 a.m. on Tuesday in front of the Divandere Education Building and was held as a protest against the continued arrest of four teachers from Divandereh and some other teachers' demands. The protesters demanded the immediate release of four arrested teachers from Divandereh named Omid Shahmohammadi, Hiva Qureshi, Parviz Ahsani and Kaveh Mohammadzadeh, whom were arrested on Wednesday, June 15, 2022.

These four teachers are currently being held in the detention center of the Sanandaj Intelligence Department and have been accused by this security institution of cooperating with one of the Kurdish political parties.