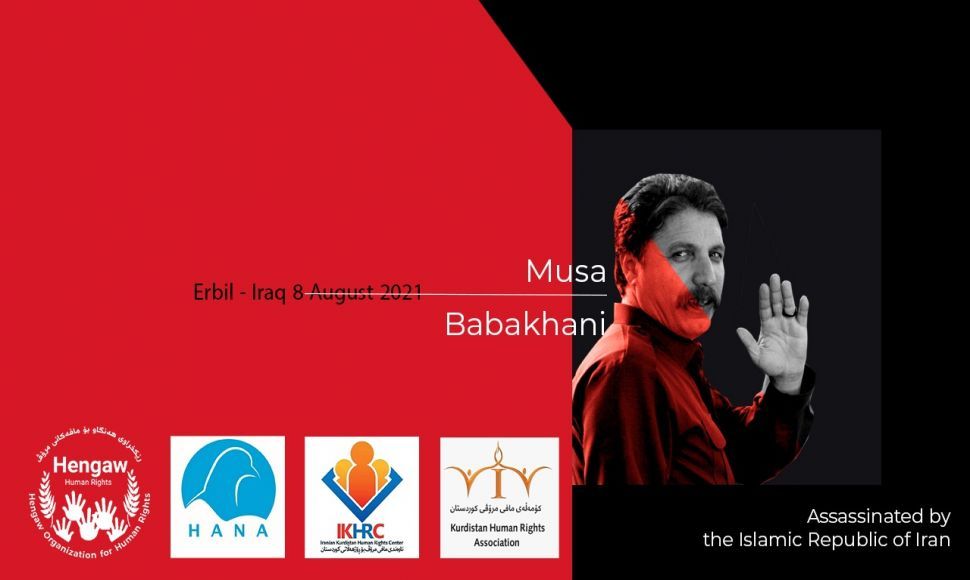 On Thursday 5th August 2021, Musa Babakhani, a member of the leadership of the Kurdistan Democratic Party, was assassinated by shooting with two bullets in Hewler “Erbil”, the capital of the Kurdistan Region.