The work accident took the life of 3 Kurdish workers! 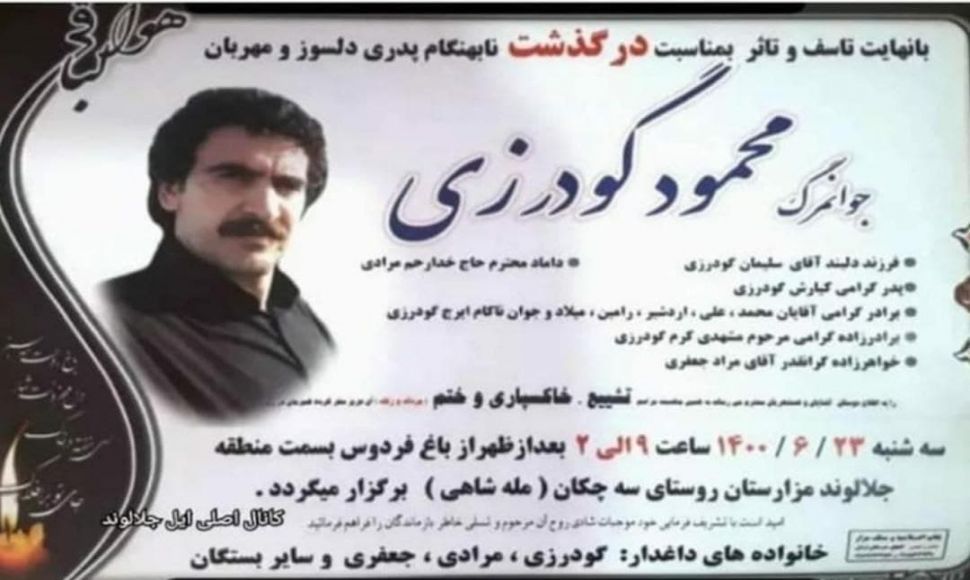 Iran is a massacre of workers ...

Hana colleagues in Kermanshah reported; A worker from this city lost his life as a result of a work accident in the city of Ahvaz.

The identity of this worker is "Mahmoud Goodarzi" from Kermanshah, he is married and the father of a child.
He was electrocuted while plastering in Ahvaz and unfortunately lost his life.
Also this week, another Kurdish worker in the village of "Shamshir" in the city of Paveh, named "Mokhtar Golchehreh", was seriously injured when he fell from a tree and died.
It is stated in the submitted reports; On Sunday (September 12), another worker, identified as Rahman Souri, was working while plowing when a tractor overturned and lost his life.
Lack of proper supervision of officials on the way of work and the security situation of workers as well as the irresponsibility of employers is one of the main reasons for the lack of job security in Iran. Become for workers.