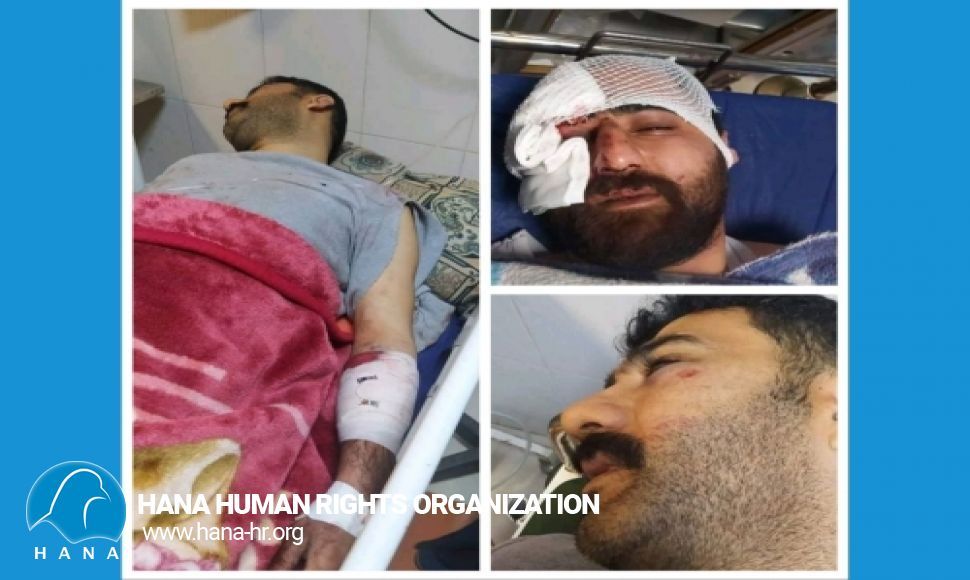 Hana: On the morning of Tuesday, January 24, 2023, the repressive forces of the Islamic Republic attacked the brother's house of martyred Heimn Hamza.

The identities of these citizens are "Azad, Mohammad and Abdullah Hamza" and they are from the village of "Byoran" in Sardasht.

According to reports received; The repressive forces attacked these three brothers without a court order to arrest them and injured the hands, face and feet of these citizens by firing direct bullets.

In the continuation of this report; As a result of the shooting by the repressive forces, Abdullah and his brother Mohammad were hit by a bullet in the hand and they were taken to Sardasht Hospital for medical treatment.

It should be noted that Abdullah Hamza was transferred to one of the Urmia hospitals due to the severity of his injuries.

It should be noted that on Friday, November 11, 2022, 30-year-old Heimn Hamza, a resident of Byoran village in Sardasht, died due to the firing of repressive forces.