At least 67 people were killed and wounded during the IRGC attack with drones and missiles on Iranian Kurdish parties. 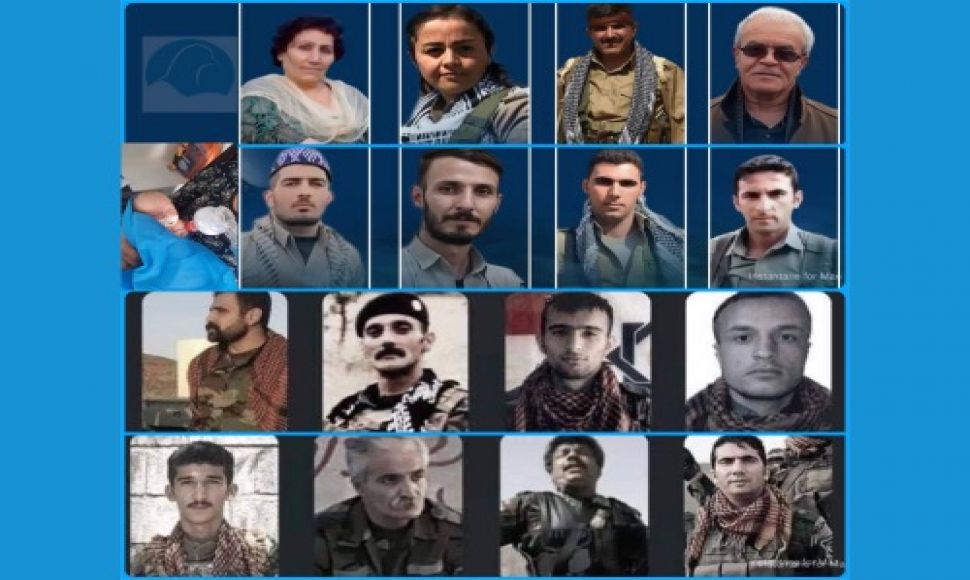 The IRGC attack with drones and missiles on Iranian Kurdish parties.

Hana: The colleagues of Hana human rights organization from the Kurdistan Region report that the Iranian Revolutionary Guard Corps continued to bombard the border areas of the Kurdistan Region for the last one week and on Wednesday, September 28, 2022, using suicide drones and long-range missiles, targeted refugee camps and bases of Iranian Kurdish political parties opposed to the Islamic Republic, which are located on Iraqi Kurdistan (near Sulaimaniyah, Kuisanjaq and Pardi).
In carrying out this IRGC missile and drone operation, 9 members of the Kurdistan Democratic Party of Iran and civil citizens and political refugees, as well as 8 members of the Kurdistan Freedom Party, lost their lives and at least 50 people were injured. It should be noted that in these attacks, a lot of damage was done to the structures and buildings of schools and residential houses.
In these attacks, the Revolutionary Guards targeted the bases of the Komala Party of Iranian Kurdistan, the Kurdistan Democratic Party of Iran, the Kurdistan Freedom Party, and the Komala Party of Kurdistan, in which 17 Peshmerga members and civilians lost their lives. Also, in these attacks, a primary school was targeted, which caused injuries and terror to innocent children and minors.
The names of the victims of these attacks by the government of the Islamic Republic are given below:
1- Omar Mahmudzadeh (Chicho) he also has the citizenship of the United States of America
2- Rihaneh (Shima) Kanani (a 23-year-old young woman who was pregnant and her baby was saved by doctors after her mother's death)
3- Vaniyar Rahmani (a baby who lived only 24 hours after the death of his mother and he died )
4- Milad Pir Sahib
5- Hajar Zargeh
6- Sherko Bertani
7- Ayub Honeroer
8 Mohammad Khalili
9- Osman Faiza
(The above killed people were either members and Peshmerga of the Kurdistan Democratic Party of Iran or civil citizens living in the camp of this party)
10- Omid Nikdel
11- Ehsan Faraji
12- Arvin Sohrabi
13- Yadulah Norisabet
14- Yunus Ghayasi
15- Saeed Omidi
16- Kamran Rostami
17-Idris Omidi
(The last 8 people, were members and Peshmerga of the Kurdistan Freedom Party)
Hana Human Rights Organization has condemned these attacks of the Islamic Republic of Iran and considers this to be a clear violation of international agreements and conventions and the Universal Declaration of Human Rights. Therefore, we request all international human rights organizations and institutions to condemn these anti-human rights actions of the Islamic Republic of Iran against the people of Kurdistan and Iran and even the region and take necessary measures to prevent such operations.