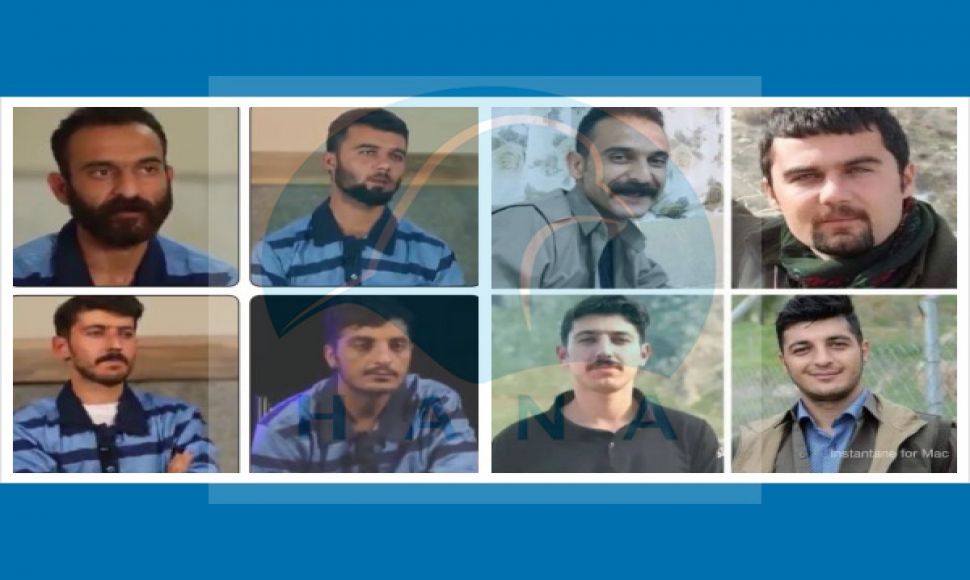 On July 23, 2022, news of the arrest of a team of members of the Komala Party of Iranian Kurdistan in the Soma and Baradoost region of the Orumieh district with the names of 27-year-old Mohsen Mazloum from Mahabad, 28-year-old Mohammad (Hajir) Faramarzi from Dehgolan, 26-year-old Wafa Azarbar from Bukan and 28-year-old Pejman Fatehi from Kamiyaran was published by this party.

Subsequently, the Government media of the Islamic Republic of Iran, citing the Report of the Ministry of Intelligence of Iran, published the news of the arrest of a team of komala members. These media outlets initially published conflicting news about where they were arrested and, as usual, to disturb public opinion, called the arrests of these political activists a subversive and terrorist operation and at the same time accused Kurdish Political parties of cooperating with Israel for terrorist operations.
During this period, which more than 80 days have passed since the arrest of these four Komala's Peshmerga, the Islamic Republic did not give any information about the place of detention and prison conditions to the families and relatives of these arrested persons, and they were even denied the right to have a lawyer. During this period of two months and twenty days, the families of those arrested have tried to find news about their children and visited all government centers in the cities of Orumieh, Mahabad, Bukan, Sanandaj and Kermanshah, and each time they were treated badly and insulted. They did not receive any information about the arrested.
On Wednesday, October 12, 2022, the Islamic Republic aired the video of the forced confession of these four political prisoners and claimed in this video that they "intended to explode in one of the airplane factories in Isfahan". However, on October 13, 2022, the Komala Party of Iranian Kurdistan strongly rejected this claim and the accusations of the Islamic Republic about its members and called it an excuse to further suppress Kurdistan and the people's struggles, especially these days when there are widespread protests in Kurdistan and Iran.
Hana Human Rights Organization had previously warned about the forced disappearance, ignorance of the fate of these prisoners, the possibility of torture and forced confessions, and had predicted such a scenario by paying attention to the records of the Islamic Republic in this case.
Forced confession is considered a form of torture, during its implementation, the basic rights of a person as a human being and a prisoner are taken away.
On the other hand, keeping the accused in temporary detention without notifying the family is another violation of the prisoner's rights.
According to Article 38 of the Constitution of the Islamic Republic of Iran, any torture to obtain a confession or obtain information is prohibited. It is not allowed to force a person to testify, confess or swear, and such testimony, confession and oath have no value and validity.
Javid Rahman, the UN special rapporteur on human rights in Iran, announced in his report in March 2020 that the detainees of the nationwide protests of November 2019 in Iran are being tortured to force confessions and expressed his concern about this issue.

Based on this principle 38 of the constitution, whoever violates this principle - that is, interrogators and security agents - will be punished according to the law. However, in the Islamic Republic, despite the fact that even in the cases where forced confessions were made under torture, the guilty person has not been brought before the law and justice in any way.
According to Article 5 of the Universal Declaration of Human Rights, "No one shall be subjected to torture or cruel or inhuman treatment, or to any treatment that degrades his human status."
It is also stated in Article 10 of this declaration: "Every human being deserves full and equal access to an open and fair trial by an impartial and independent court to deal with his rights and duties against any criminal charges against him.
In accordance with the provisions of the Convention on the Prohibition of Torture, any intentional act that causes severe harm or physical or mental pain and is intended to obtain information or confessions from the victim or relatives and friends is considered torture and any confession under these circumstances is invalid.
Currently, the Islamic Republic is making security cases for a wide range of detainees, including teachers' union activists, political opponents of the Islamic Republic, Kolbars, women protesting compulsory hijab, families of Aban's supporters, and even foreign citizens, bringing false accusations, including contact with foreign intelligence services, and making scenarios for each of them and forcing them to make televised confessions.
Hana Human Rights Organization calls on all human rights defenders to condemn these security cases and scenarios and forced confessions against political prisoners and civil activists, and in this particular case the four arrested members of  Komala Party of Iranian Kurdistan. At the same time, oblige the Islamic Republic to comply with the internationally recognized human rights covenants.