Ilam; Suicide of another dismissed worker of petrochemical company 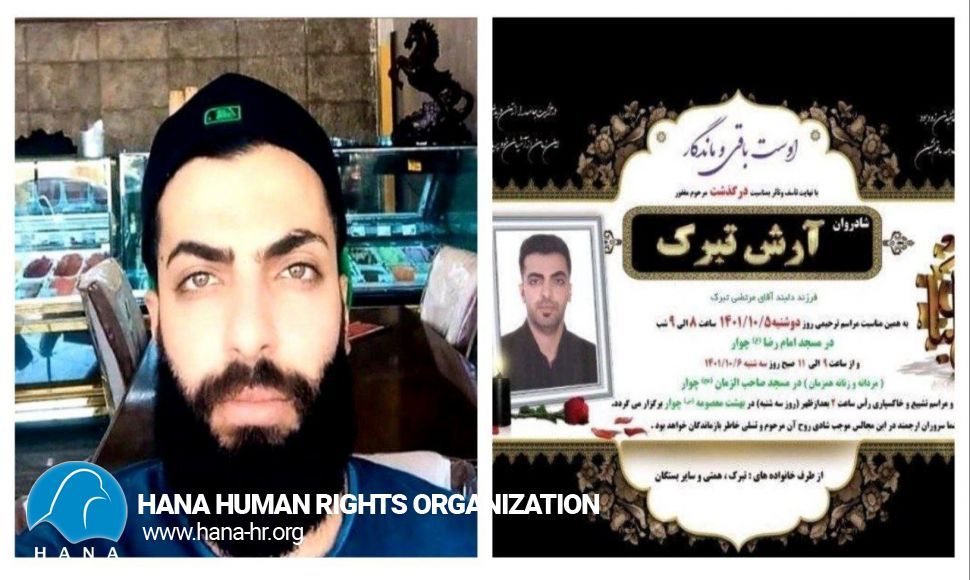 According to the reports received by Hana Human Rights Organization; On Sunday, December 25, 2022, a citizen with the identity of "Arash Tabarok", the son of Morteza from Chavar city of Ilam province, committed suicide due to the pressure caused by being fired from work.

Based on this report, he was forbidden to enter his workplace at Ilam Petrochemical by individuals whose their identity are withheld by Hana Human Rights Organization and ended his life by committing suicide.

It should be remembered that during the past months, several personnel of this company committed suicide due to dismissal from the work.

It is worth mentioning that the main suicide causes of the people of Iran and Eastern Kurdistan especially the youth, are poverty and lack of employment, severe economic pressure and forced marriages, gender discrimination, lack of legal protection for women, and unemployment.