Saqqez; Death of a detained citizen under torture 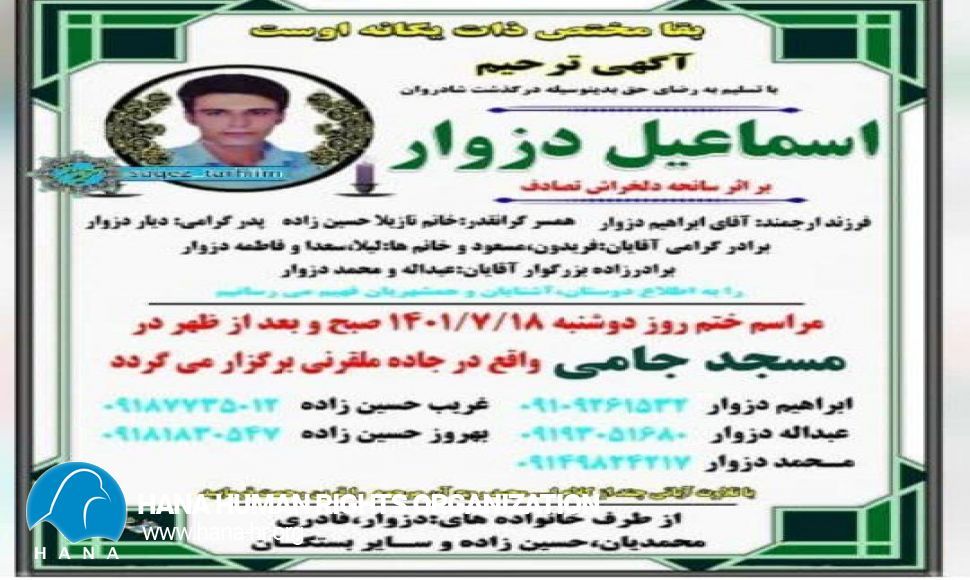 Hana: On Monday, October 10, 2022, an arrested citizen protester with the identity of "Ismail Dezvar" from Saqqez, died under torture in the information of the Islamic Revolutionary Guard Corps of this city.

According to reports received; On Saturday "October 8, 2022" he was arrested by the security forces in Baharestan neighborhood (Hamal Abad) of Saqqez. On Sunday evening "October 9, 2022" the IRGC intelligence forces took the body of Ismail Dezvar by ambulance to Shafa Hospital in this city and after a short meeting that The intelligence forces of the Islamic Revolutionary Guard Corps had a meeting with the hospital officials, and they told them to announce the cause of Ismail Dezvar's death as a car accident.

This is despite the fact that according to one of the witnesses, bruises and fractures were evident on his chest.

It should be noted that the body of this citizen was abducted from Shafa Hospital by the IRGC intelligence forces without permission and buried at night.