Members of the Sanandaj Zhianaweh Campaign were sentenced to prison 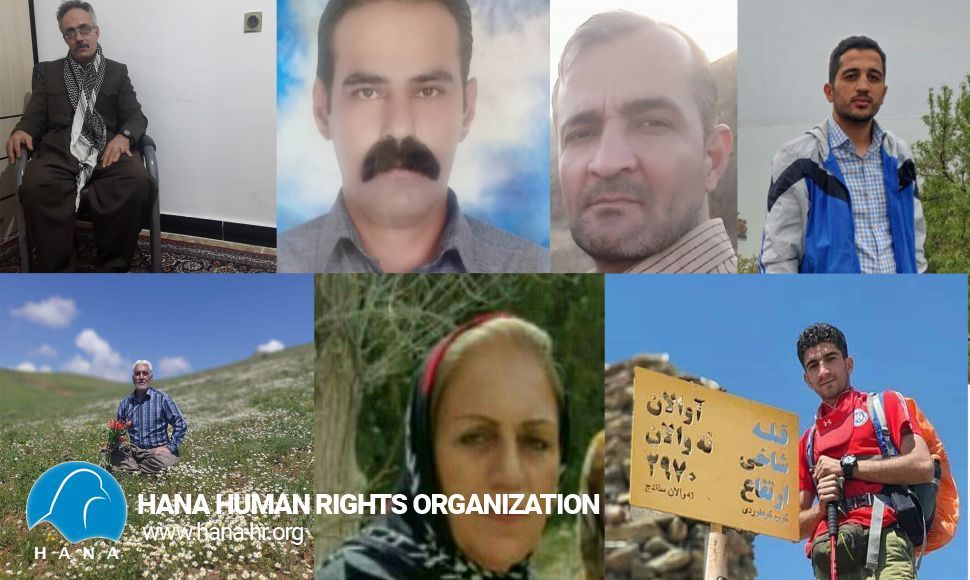 According to a report received from Hana's colleagues on Thursday, May 19, seven civil activists and members of the board of directors of the

zhianaweh's Charity Campaign were each sentenced to two years in prison for forming an unauthorized group.

The sentence was issued by Judge Sa'idi, branch one of a revolutionary court, and on charges of forming an unauthorized group under Article 498 of the Islamic Penal Code for these civil activists during a court hearing held in November, February 14, and the last session on March 14, 2022.
According to the report: "Marzieh Moradovisi, Sirvan Abdullahi, Mehdi Seifi, Fardin Rahimi, Qaneh Khateri and Ali Allahvisi were each sentenced to two years in prison and Ataullah Rezarbabi was sentenced to two years suspended imprisonment.
It is noteworthy that the prison sentence of "Marzieh Murad Veisi and Qane Khateri" was communicated to them through his lawyers and the sentence of the rest of these citizens in person in the Revolutionary Court of Sanandaj, and the court refused to send the sentence formally and in writing.
These citizens were arbitrarily arrested by the Sanandaj Intelligence Office on Saturday, April 24, 2022, and were then released on bail, deprived of their right to a lawyer at the time of their arrest.