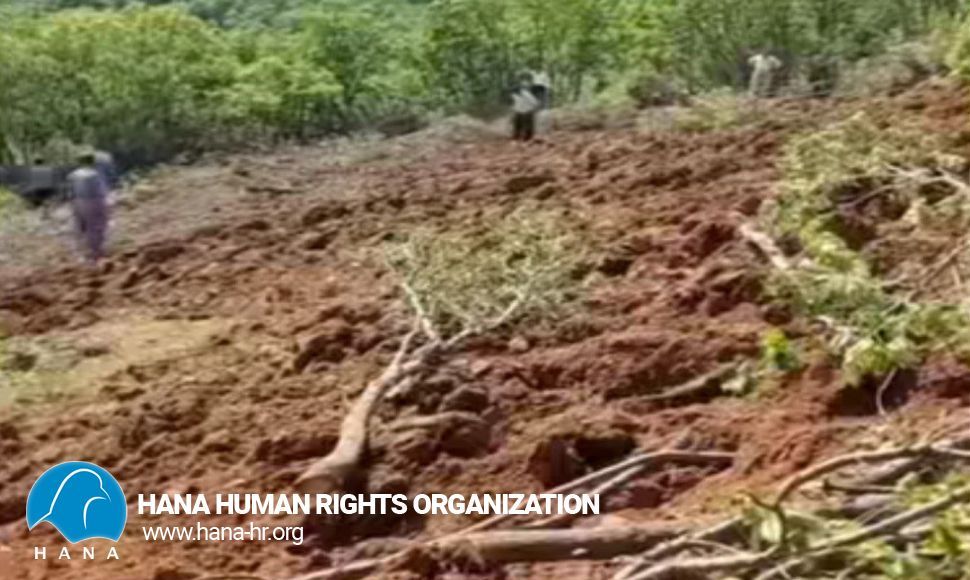 Hana; In recent days, some destructive and profiteering people have destroyed a large part of the historical hill "Vlagavr" in the village of Kani Sanan overnight and have destroyed and plowed a large area of ​​it. After this action, the residents of the village of Kani Sanan with their presence in demolition site, They  demolished the walls were built and the profiteers were not allowed to advance further.

It should be noted that the hill "Vlagavr" Kani Sanan is one of the national monuments of Iran registered in Marivan, which dates back to the millennium of the Ashkanian (Parthian) QM (Part) and on August 18, 2003 with registration number 9626 in the collection Iranian historical monuments have been registered. This hill is 3,000 years old and the mentioned destruction took place in that historical place that the cultural heritage administration needs to react to this action and to identify and introduce the destroyers of that national and historical area. Unfortunately, a large area of ​​oak trees in the area has been brutally cut down and a large area has been plowed, which has caused a lot of damage to the area.
Source: Green Chia Association