Another crime inside the Greater Tehran Prison 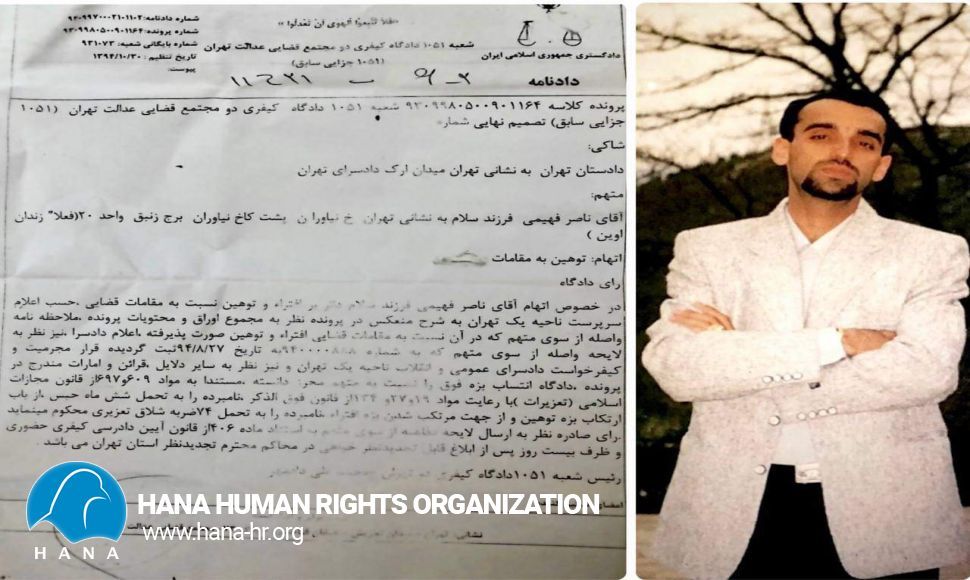 Nasser Fahimi was sentenced by Branch 1051 of the Criminal Court of the Tehran Judicial Complex to 6 months in prison and 74 lashes on charges of insulting and defaming the officials and judges of the Judiciary.

According to news from inside the prison, the prison authorities (in the next few days) are planning to carry out his 74 lashes (severely) in Greater Tehran Prison on the orders of the Judiciary. He is in the most critical condition of his heart condition in prison
In recent years, Nasser Fahimi has made numerous revelations from inside the prison against the officials of the Islamic Republic of Iran, violating the human rights of the authorities against the prisoners, and sending critical letters of protest to high-ranking domestic and foreign officials, including Michel Bache. Humanity at the United Nations and President Joe Biden, President of the United States, President and Head of the Judiciary of the Iranian Regime, has angered the Islamic Republic's opponents and has been repeatedly threatened.