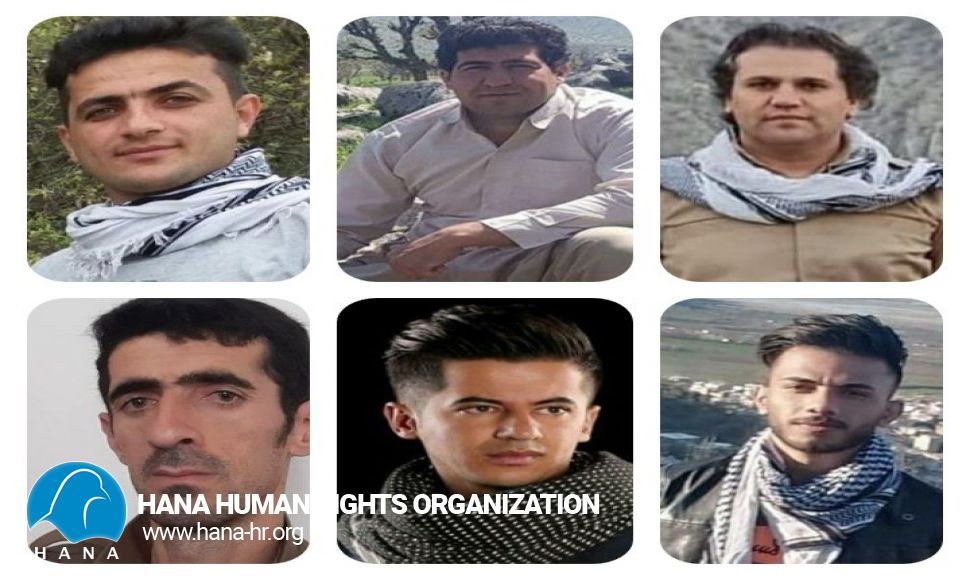 Hana's colleagues identified these citizens as "Farid Derakhshani, Keyvan Minooi, Abdolrahman Afshar, Idris Bahramian, Abdolrahman Ashtak and Mohammad Ahmadi" from the village of "Ney" in the city of "Marivan". According to reports received; The citizens were detained by security forces without a court order and taken to an unknown location.