We condemn the Revolutionary Guards' military attacks on Kurdish parties 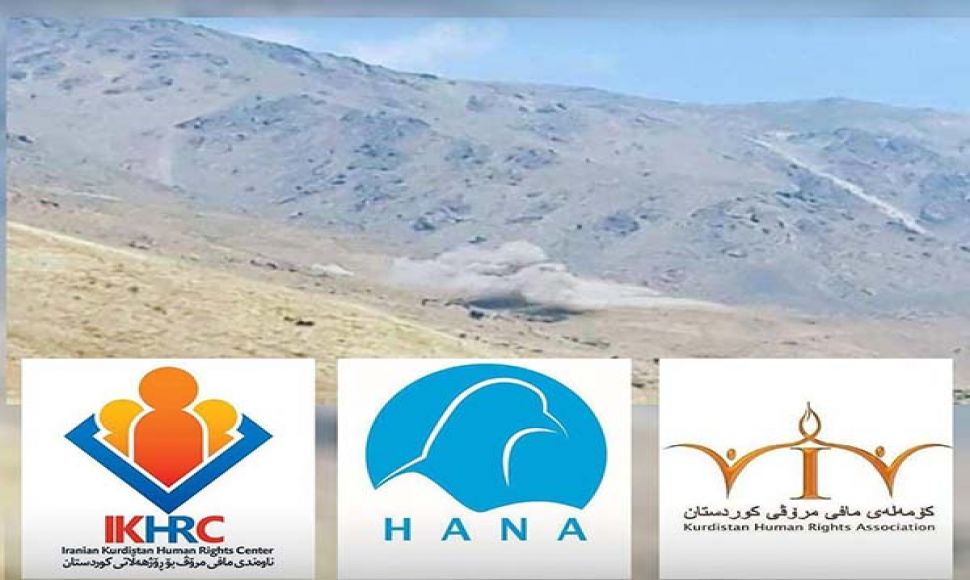 As you are aware, during Thursday to Saturday (September 9,10 and 11, 2021), suicide drones and the IRGC's ground artillery unit attacked areas on the borders of the Kurdistan Region, including SydaKan, Berbazin, Choman and Haji Omran Heights, under the pretext of the presence of Kurdish parties opposed to the Islamic Republic of Iran.

These heavy attacks have caused great damage to the environment of the region, causing panic and financial damage to the people of these border areas.
The attacks come as Mohammad Pakpour, commander of the Revolutionary Guards' ground forces, has been threatening Kurdish parties and people living around civilian refugee camps in recent days. However, this is not the first time that the Islamic Republic of Iran has threatened and attacked its opposition political activists. And they are carrying out drone strikes, which has caused innumerable human and financial losses to the citizens and residents of the region.
We, the human rights organizations of Kurdistan, have strongly criticized the continuation of these attacks and the silence of international organizations and the international community, and together with the people of Kurdistan, we call for an end to the military attacks of the Islamic Republic of Iran against Kurdish political activists and parties. We also believe that the Kurdish issue will not be resolved through assassination, execution, detention, military strikes and threats. Recognition of the existence of the Kurdish nation and the legal and natural rights of this society and its peaceful resolution is the only measure that will provide lasting peace in this geography.