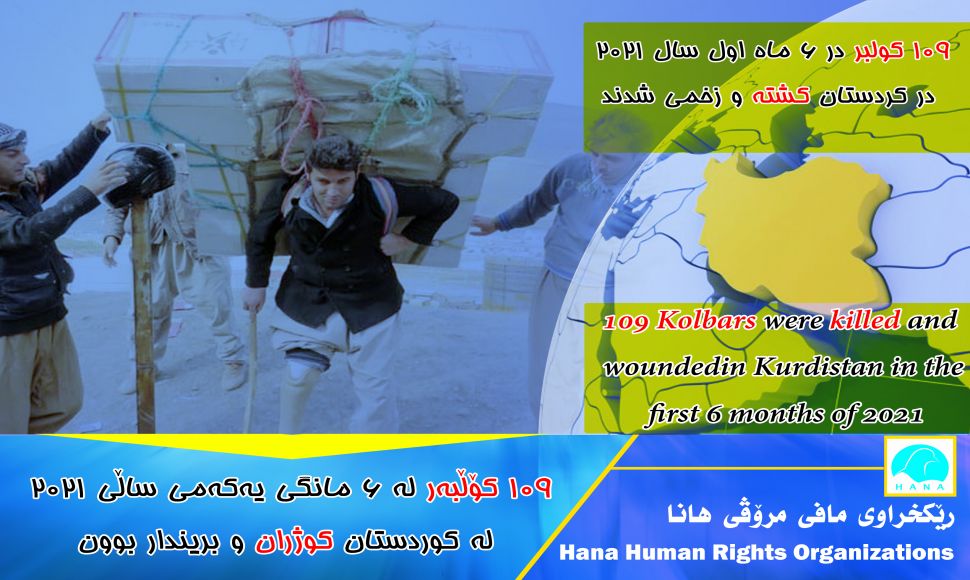 66 people were wounded by direct fire of the military forces of the Islamic Republic
According to Hannah's colleagues, in the first six months of 2021, all 109 Kolbers were killed and wounded gendered, all male.
According to the same statistics, based on geographical divisions, from the total number of victims of Kolbars:
Sanandaj province 47 people
Kermanshah province 30 people
Uromiah Province 32  people
Considering the climatic and climatic conditions of the provinces of Kurdistan of Iran and also being located on the border between Iran and Iraq and Turkey as well as the climate of Kurdistan, creating suitable job opportunities using these potentials as well as important potential of agriculture and animal husbandry and cases Of course, the fair distribution of wealth and income of the country between different regions, it is easy to provide conditions that the people of these regions no longer turn to Kolbari.