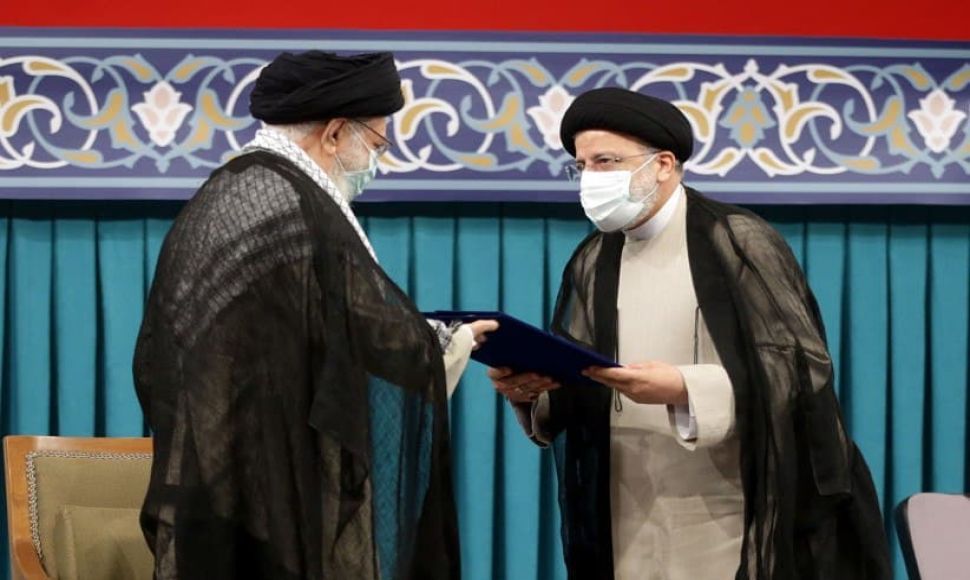 There is no question whether Ebrahim Raisi is a human rights abuser who will be President over an abusive and oppressive regime. The EU is well-aware of the fact that this man presided in 1988 and 2019 over the killing and torture of many thousands of people. This means that Raisi his personal record on human rights is worse than that of Lukashenka. The EU is also aware that the election of Raisi was a scam just as in the case of Lukashenka but decided to treat it very differently.

This comes at a moment in which the Iranian regime is arresting thousands of peaceful protestors who demand nothing less than basic human needs and rights such as water, electricity and fundamental freedoms. Arabs, Kurds, Baloch, Azeri, Lur and Fars are on the streets of Iran to demand the same as every European citizen is entitled to. The EU is aware of this but decided to ignore it. Iran just in the last week killed a Romanian citizen through an unwarranted drone attack on a cargo ship as confirmed by the UK and the US. How can the EU then now proceed like this when its own citizens are killed by this regime? Or does the life of individual EU citizens not matter either?

The EU knows very well that Iran is oppressing many in Iraq, Syria and Lebanon in addition to the oppression in Iran. How many more must be killed in these countries due to Iranian militias and how many more must flee to Europe before the EU understands that this policy of appeasement of Iran is not only violating EU principles but also EU interests and is increasing the migration to the EU? How many more Arabs, Kurds and Syriac-Assyrians from these countries have to be oppressed and driven away before the EU notices that Iranian aggression is hurting these peoples and the EU?

Article 1 of the EU Charter of Fundamental Rights says: ‘Human dignity is inviolable. It must be respected and protected.’ Article 2 says: ‘Everyone has the right to life.’ In its Foreign Affairs, the EU does apply these principles to Belarus but not to Iran. Sending Enrique Mora to Iran for the inauguration of Ebrahim Raisi means that the EU tells the peoples of the Middle East and Iran that you have to either be white or flee to Europe to obtain human dignity and the right to life. Both the EU policy and message increase therefore the migration to the EU.

We urge the EU to fulfil its democratic and human rights commitments in its diplomatic relationship with the Islamic Republic of Iran and Ebrahim Raisi’s administration. We urge you to address the crimes committed against humanity, rather than standing with those who commit the crimes. We urge the EU to stand up for its own principles which is in the interest of both EU and Iranian citizens and that of all peoples oppressed by this regime.