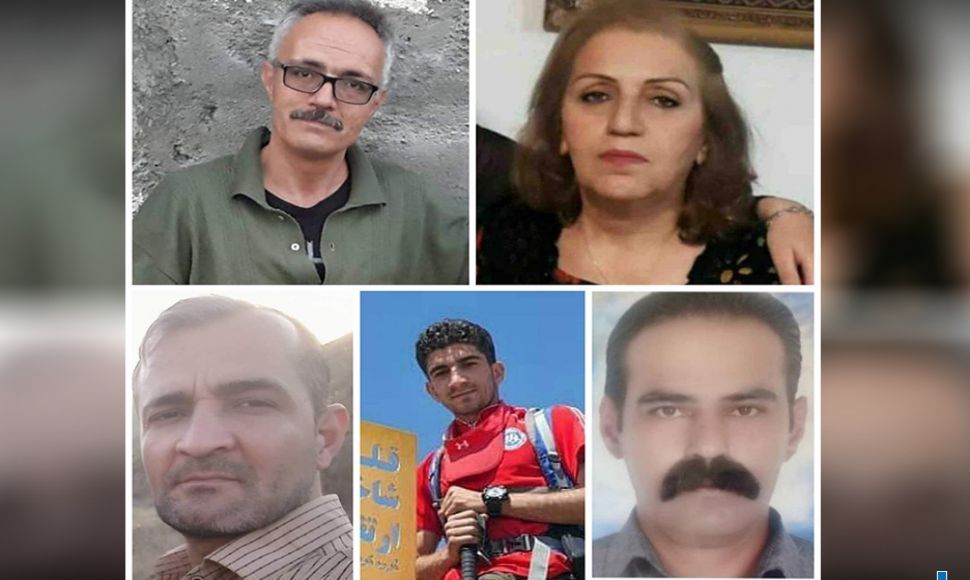 According to a report received from the colleagues of Hana Human Rights Organization, in recent days, five civil activists from Sanandaj were sentenced to five months in prison and four years in suspended prison after protesting the decision of the fourth branch of the Court of Appeal of this city. During the execution of the sentence, they should hand themselves over to Sanandaj Central Prison.

According to this report, "Fardin Rahimi, Ali Ella Veisi, Mehdi Seifi, Sirvan Abdullahi and his mother Marzieh Murad Veisi" along with three other people named "Qana Khatiri, Atta Reza Rababi and Mohsen Hossein Panahi" are members of the "Life of Kurdistan" campaign. (Jianewa Kurdistan)" who are from Sanandaj, were arbitrarily arrested by the security institutions of the Islamic Republic of Iran in Sanandaj on April 24, 2021, and after several days of incommunicado and deprivation of basic rights, they were temporarily released on bail.

Then on May 29, 2022, by the first branch of the Sanandaj Revolutionary Court headed by Judge "Saeidi" for "propaganda against the regime", "collaboration with the Komala party" and "forming an illegal group" in the absence of the accused in the court and based on the verdict issued seven of the arrested members of this campaign were Qana Khatiri, Marzieh Moradavisi, Sirvan Abdullahi, Mehdi Saifi, Fardin Rahimi, and Ali Allah Vaisi were each sentenced to two years imprisonment, and Attaullah Rezarababi was sentenced to two years of suspended imprisonment.

On Sunday, July 3, 2022, Qane Khatery, after submitting to the verdict with a 6-month reduced sentence,  being summoned to the Criminal Law Enforcement Branch of the Sanandaj Revolutionary Court, he was arrested and transferred to the central prison of this city.