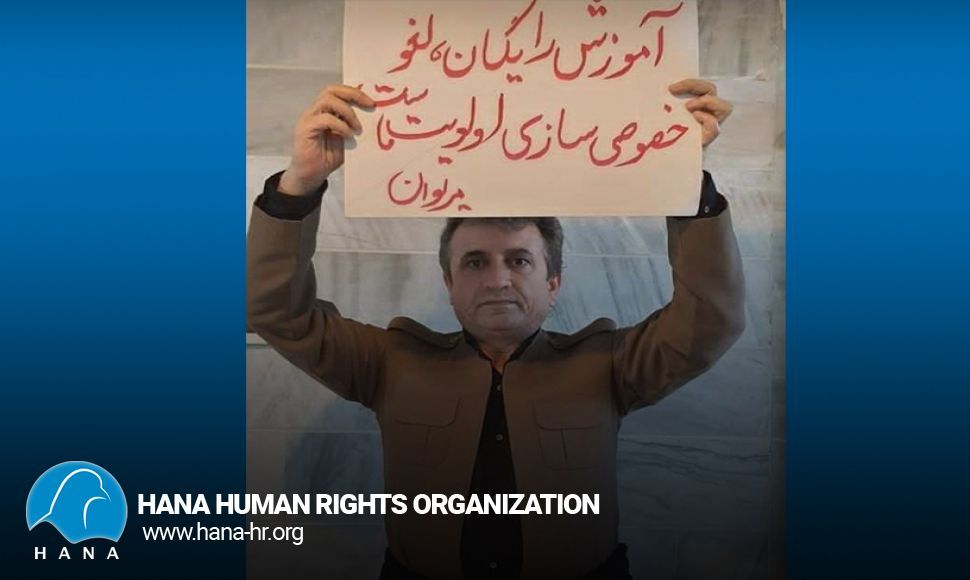 Hana: According to a report published by the Coordinating Council of Trade Union Organizations, "Shaaban Mohammadi", a prison teacher who was arrested three months ago by the security forces and imprisoned in the multi-person cells of Ward 209 of the prison, during a call with his wife. He has reported that his physical condition is critical.

Based on the statements of the wife of this member of the union center of Marivan teachers, Shaaban Mohammadi informed about the serious condition of his digestive system, intestines and kidneys and said that it is necessary to receive proper treatment as soon as possible. Shaban Mohammadi has announced that he does not have access to his specialized medicines and despite Mr. Mohammadi's warning, he has prescribed new medicines for him, which has worsened his condition. For this reason, in addition to the deterioration of his physical condition, Shaaban's eyesight has also been affected and for this reason he is in a critical condition. Also, Mr. Mohammadi said that long-term imprisonment and mental torture in solitary cells caused his memory to suffer serious problems and he is currently suffering from amnesia.

He also announced that he will go on a hunger strike from Saturday, August 6, 2022, if his physical conditions are not properly taken care of and the illegal process of his arrest continues. Since this trade union activist is in critical need of medicine, this way of going on hunger strike in a short period of time is very dangerous. This news has caused great concern to the family and a large number of friends, colleagues and union activists of this union activist.