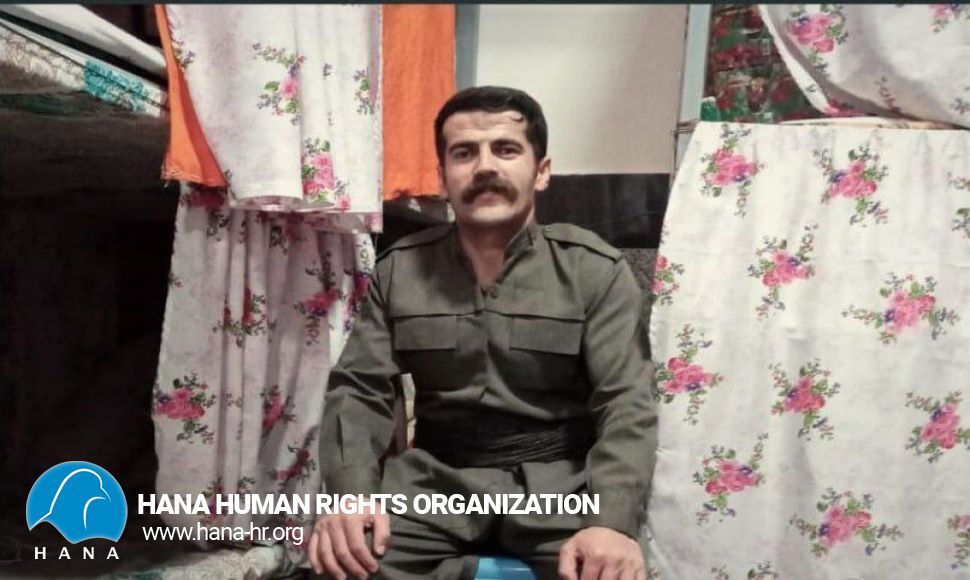 According to a report received from colleagues of the Hana Human Rights Organization; "At around 1 am on Thursday (June 30, 2022), the sister of" Mamel Mohammadi ", the last plaintiff in the political prisoner sentenced to death," Shakir Behrooz ", who was accused of killing" Mamel Mohammadi ",  announced her consent and minutes ago the entire family signed a consent decision."

An informed source told Hana; "On Tuesday of this week, the IRGC forced Shaker Behrooz to apologize to the Mamel Mohammadi family in front of the camera."
The Hana Human Rights Organization had previously warned of the imminent execution of the political prisoner, and had 12 eyewitnesses that he was not present at the scene of Mamel Mohammadi's murder.

The political prisoner, sentenced to death, was transferred from a political and ideological prisoner ward to an unknown location on Wednesday morning under the pretext of meeting with a family member, after which he made a brief call about the danger of his sentence being carried out.

The death sentence of Shaker Behrooz, which was upheld by Branch 31 of the Supreme Court based in Qom in September last year, was once again upheld by the Supreme Court and officially notified to him in Urmia Prison on Saturday, June 25, 2022, with only 20 days to appeal. .

Shakir Behrouz has been a member of the Komala Party of Iranian Kurdistan for some time and was a member of the Kurdistan Democratic Party of Iran for 7 months . After separating from  this party and received pardon from Iran, he returned to Iran from Kurdistan region in 2018 and surrounded himself to the Urmia Information Administration. He was arrested and released after 14 days of interrogation

Shaker Behrooz was arrested on Tuesday, March 12, 2019 by the forces of the Urmia Intelligence Office.
Shaker Behrouz Shahrivar August 2020, was sentenced to death by the Second Branch of the Revolutionary Court of Urmia, headed by Judge Sheikhlou, on charges of "Baghy" and "membership in the Komala Party". The sentence was handed down on charges of membership in Komala, while Shakir Behrooz was previously a member of the Kurdistan Democratic Party of Iran, and was sentenced by the same court to five years in prison for membership in the Democratic Party.
The said sentence was violated by the Supreme Court of Iran in July 2021, and was referred to the Revolutionary Court of Urmia for reconsideration.

This political prisoner was sentenced to death by the First Branch of the Urmia Criminal Court in January 2021, for the murder of a member of the Revolutionary Guards. Twelve people testified that he was not in the village where the man was killed