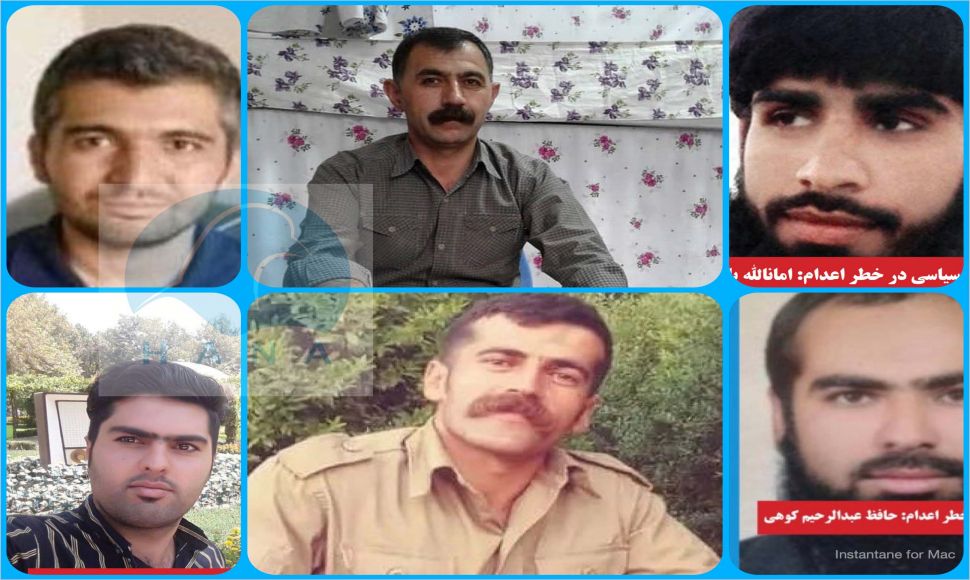 Hana; On Monday, June 20, Kurdish political prisoner Firooz Musa Lou was secretly executed in Urmia Prison. Since the Islamic Republic executes prisoners in times of popular protests to quell fear, terror, and create the atmosphere of fear, six political prisoners whose death sentences have been confirmed are at risk of execution.

1- Mohieddin Ebrahimi, a 43-year-old Kurdish Kolbar, sentenced to death for "Baghy through contact with the Kurdistan Democratic Party of Iran", Urmia Prison. Mohieddin Ebrahimi was shot by The Islamic Republic's forces during Kulbari and was wounded  in the leg and arrested. , Muhyiddin's brother, was shot dead while doing Kolbari 3 years ago.

2- Shaker Behrooz has been sentenced to death on charges of "Baghy and membership in the Komala Party" and is in Urmia Central Prison. He was tortured in solitary confinement for a year and nine days to confess to the assassination of a Revolutionary Guards member named Mamel Mohammadi. The death sentence was upheld.

3. Matin Khezri, was arrested in Bukan on November 15, 2015 on charges of "acting against national security through membership in the Komala Party of Iranian Kurdistan" and transferred to the Orumieh Information Administration.
Matin Khezri was sentenced to death by the Islamic Republic Revolutionary Court in Bukan. It should be noted that the death sentence of this Kurdish citizen has been upheld by the Appeals Court.

4- Mohammad Keshvari is one of the detainees of the #November_2019, protests in Khorramabad. In July, 2020, he was sentenced to death by the Revolutionary Court. No further information is available on him.

5 and 6 - Amanullah Baluchi and Hafez Abdul Rahim Koohi, two Sunni clerics sentenced to death for moharebeh, who were arrested eight years ago and are in Zahedan prison. They were last transferred for execution in January 1999. They transferred to an unknown location more than 20 days ago and subjected to severe torture for forced confession