On the occasion of December 10, International Human Rights Day 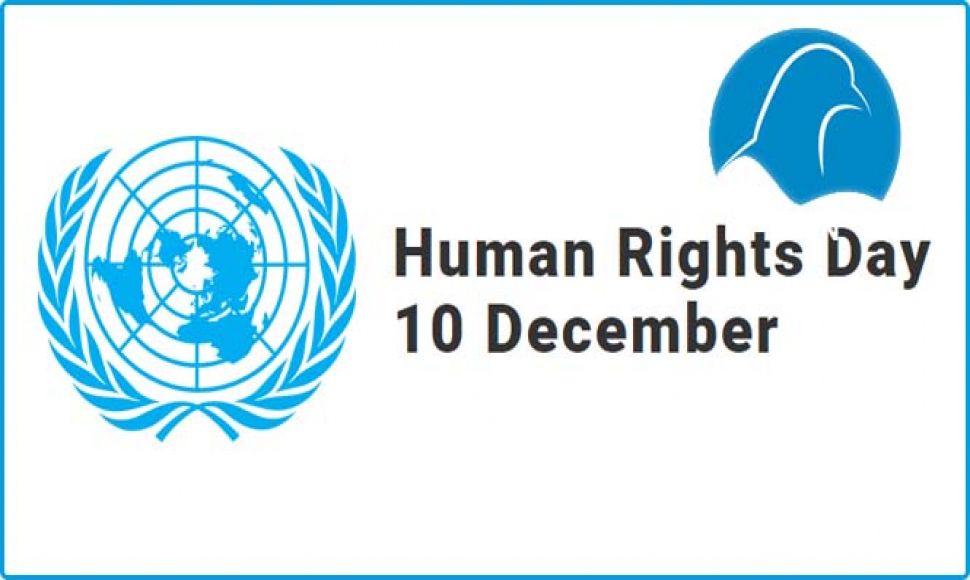 This year, we respect the day in which human rights violations by the Islamic Government of Iran are being carried out every day, systematically and continuously. The death penalty continues, and dozens of people in government prisons have been sentenced to death and are waiting for the sentence to be carried out.
According to Hana statistics, 43 people have been executed in Iranian Kurdistan since the beginning of 2021, and several have been sentenced to death on charges of collaborating with kurdish parties hostile to the Islamic Government of Iran and accusing them of a crime they have not committed. The death penalty is also continuing for young men who were convicted of murder when they were teenagers. In Iranian Kurdistan, the killing of border porters known as (Kolbers)and the release of the hands of government armed forces to directly shoot, kill and injure Kolbers in a systematic manner continues.
The imposition of long-term punishment for political activists, environmental activists, women, children, journalists, workers and civil activists is also imposed solely on political activists or for participating in demonstrations and meetings. In addition to the disappearance of active citizens in various fields, the killing of citizens in prisons continues.

The situation of women's rights under the shadow of The Islamic Government of Iran's laws and the daily propaganda of the media, Mullahs and government officials against women is worse this year than in previous years, and the killing of women continues under various pretexts, and according to hana statistics, more than 30 women have been killed by families and spouses in kurdistan within a year.
Mine explosions in all four provinces of Kurdistan are constantly sacrificing Kurdish citizens. The destruction of Kurdistan's environment is proceeding rapidly and threatens people's lives.
The Kurdish people in Iranian Kurdistan have so far been deprived of their primary right to study in their mother tongue in schools. Although this right is recognized in the Universal Declaration of Human Rights as a right for nations and minorities, and is also mentioned in Article 15 of the Basic Law of the Islamic Republic of Iran, it remains on paper and has been confiscated by the Iranian government from the Kurdish people.
In general, we can say that the human rights situation in Iranian Kurdistan and the violation of democratic and social freedoms and human rights in all fields are worse and weaker than in years. But in return, standing up and challenging people and civil activists to achieve their basic rights and defend themselves and their rights has become stronger.