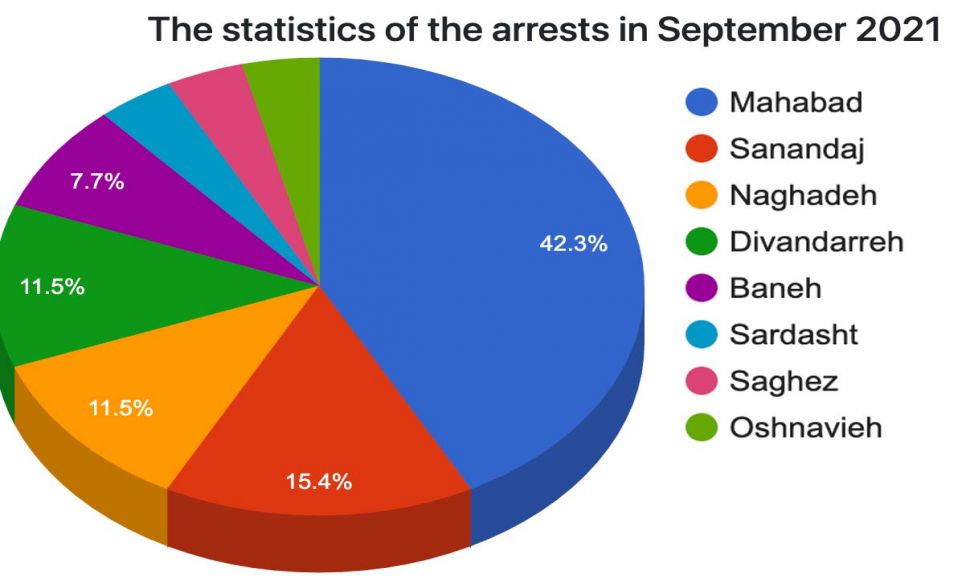 The Statistics Center of the Hana Human Rights Organization

Hana: The Statistics Center of the Hana Human Rights Organization collects data and statistics related to various sectors in Iranian Kurdistan every month, this statistics, due to lack of free access to local resources and lack of freedom of independent media activity, is not all cases and modes have occurred, but all the efforts of Hannah's colleagues inside the country.

In this section, statistics related to arrests and detentions, executions, killings and injuries of Kolbars, casualties due to work accidents and suicides in the provinces of Kurdistan are presented.

September 2021
Arrest:
26 people were arrested, all of them men. Of the arrested, 16 occurred in Uromiah province and 10 in Sanandaj province. Of these, 3 were arrested for environmental activities, 3 for civil activities and 20 for political activities. It should be noted that all the arrests were made by the Ministry of Intelligence and the Revolutionary Guards, and there was no court order.

worker:
16 Workers lost their lives while working due to insecurity and workplace standards.