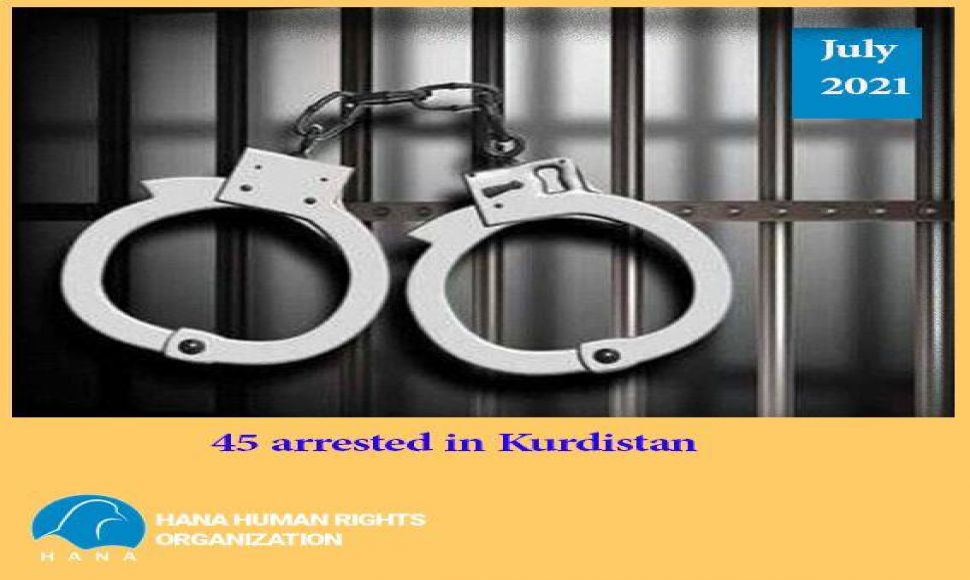 45 detention in the provinces of Kurdistan of Iran in the context of human rights violations by the Islamic Republic of Iran was registered by the Statistics Center of the Hana Human Rights Organization.
Every year, a large number of our compatriots in the cities and villages of Iranian Kurdistan in all four provinces are detained by the military, law enforcement and security forces, often without a court order and for various reasons and excuses. Detainees who are unconventional and subject to international law remain in detention for long periods of time, without having to have their cases heard in a court of law with a lawyer.

Here, with the help of the staff of the Statistics Center of the Hana Human Rights Organization, statistics on the number of detainees in July 2013 have been prepared and will be made available to you, human rights defenders and the international community. It should be noted that this statistic is the ultimate effort of Hana colleagues in the country, but it is likely that the statistic will be more than this number.
The number of detainees based on the type of activity is as follows:
All 45 detainees were charged with political activity in July.
Also, 41 of the detainees this month were male by gender and 4 of the detainees were female.
Based on the provincial breakdown, the number of detainees in July 2021 prepared by Hana's organization is as follows.
14 people in Uromiah province
10 people in Sanandaj province
21 people in Kermanshah province ە