Statistics of Kolbers casualties in 2021 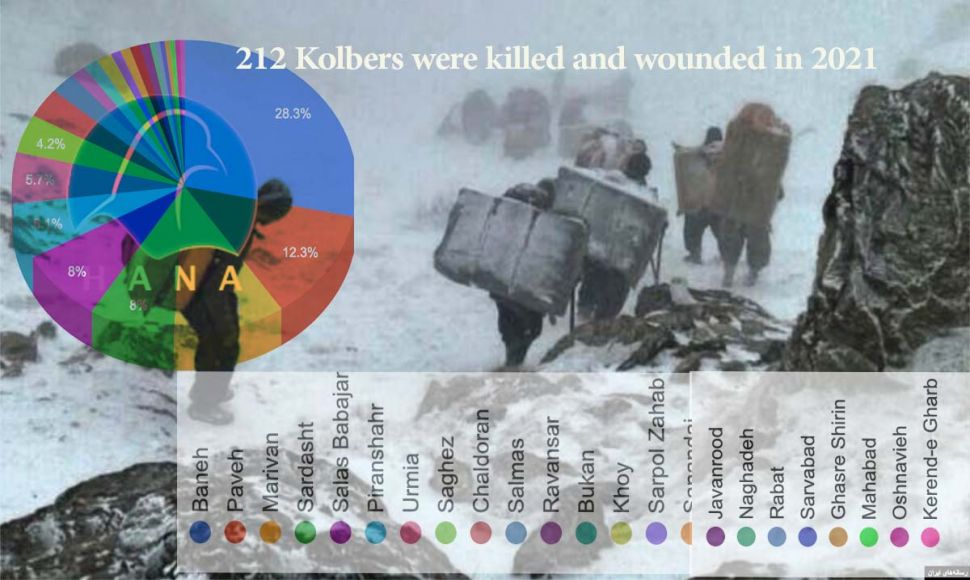 Kulbari is the phenomenon of systematic poverty and unemployment in Kurdistan, and people are forced to seek refuge in Kulbari, while government officials are not making any effort to solve the livelihood problems of the People of Kurdistan, and the killing of Kulbars has become common news, and this is a dangerous alarm for the people of Kurdistan.Police forces, revolutionary guards, or Border Guards directly shoot Kolbars and kill or injure a number of people a day.

Hana Human Rights Organization
December 31, 2021
Use of this statistic is free with reference to the source