12 Kolbers were killed and wounded in October, 2021 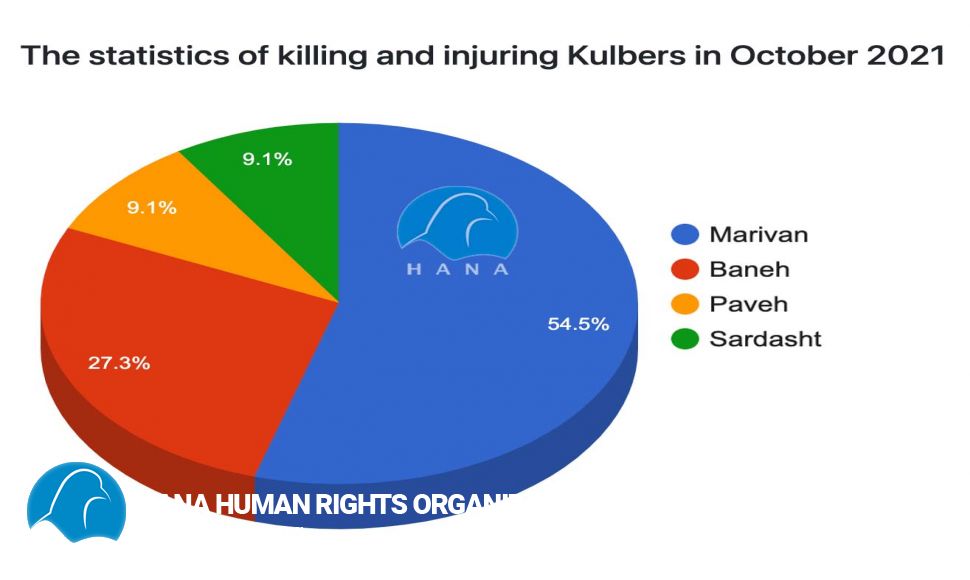 Hana: The Statistics Center of the Hana Human Rights Organization collects data and statistics related to different parts of Iranian Kurdistan at the end of each month. This statistic has been prepared with the efforts of Hana colleagues.

In this section, the Statistics Center of the Hana Human Rights Organization presents the statistics of the casualty of Kurdish border portes known as "Kolber" in different parts of the provinces of Kurdistan in October, 2021.
In October, 12 Kolbers were killed and wounded during portery.
All of the casualties are male.
Out of a total of 12 people, seven people were injured, four of them by direct fire from the border forces of the Islamic Republic, and three others were injured in a car accident.
In this month, five Kolbers lost their lives, one was killed by direct fire from the border forces of the Islamic Republic, and four others were killed in a car accident. Portery is a phenomenon resulting from poverty and systematic unemployment in Kurdistan, and people are forced to take refuge in Kolbery. It is dangerous for the people of Kurdistan. Law enforcement forces, the Revolutionary Guards, or the border guards of the Islamic Republic fire directly at the Kolbers, killing or injuring a number of them on a daily basis.