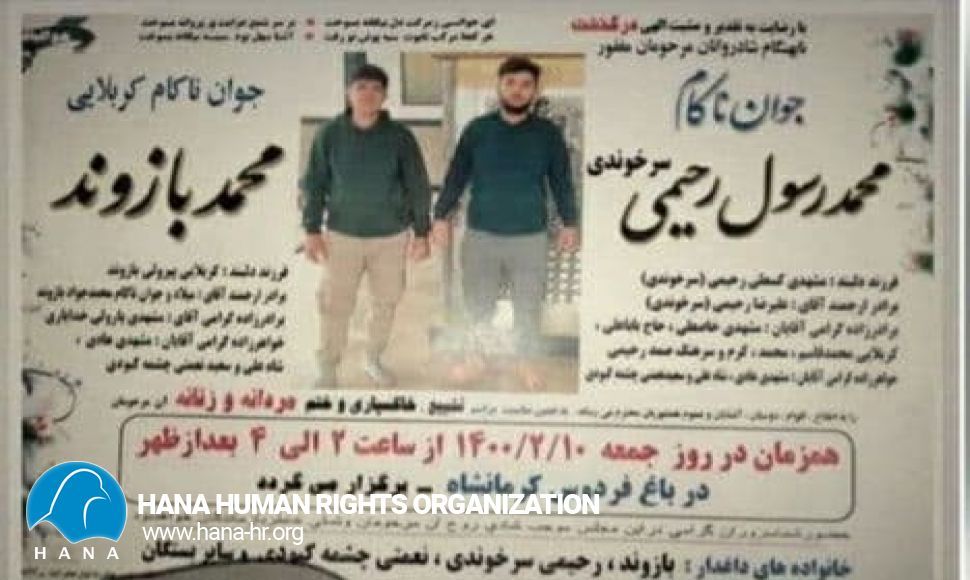 Hana: On Thursday, April 29, 2021, two Kurdish citizens from "Kermanshah" lost their lives due to a mine explosion on Hafez Street in Jafarabad neighborhood.

The identities of these two Kurdish citizens (Mohammad Bazvand) and (Mohammad Rasoul Rahimi Sarkhundi) from the city of "Kermanshah" have been mentioned.

According to the reports received, the two Kurdish citizens were engaged in buying and selling war waste on Hafez Street in Kermanshah, and on the day of the incident, they were melting the waste they had bought a few days ago with an air-gas device, which was damaged by a mine explosion. This incident caused the death of these two Kurdish citizens.