49 executions in Iranian Kurdistan in the past year 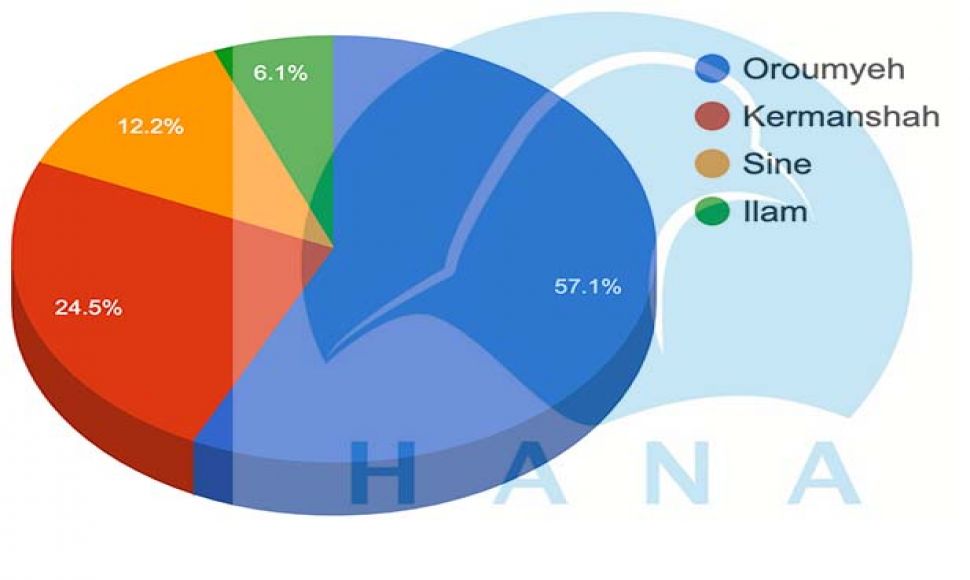 Hana's statistical report on the occasion of October 10th, 49 executions in Iranian Kurdistan in the past year

Hana Human Rights Organization has prepared a statistical report on the execution of Kurdish citizens in Iranian Kurdistan on the occasion of October 10th, the International Day against the Death Penalty.
According to statistics recorded by the Statistics Center of the Hana Human Rights Organization, a total of 49 Kurdish citizens were executed in Iranian prisons last year, from October 10, 2020 to October 10, 2021.
Charges against people who have been executed:
According to the report, of the forty nine Kurdish citizens executed, 27 were charged with premeditated murder and 22 were charged with drug-related crimes.
Executions by provinces:
According to the statistics registered in the Statistics Center of the Hana Human Rights Organization, 28 of the executed people were from Uromiah province, 12 cases were from Kermanshah province, 7 cases were from Sanandaj province and 2 cases were from Ilam province.
Of the forty nine executed, one was women and forty eight were men.
Amnesty International and the International Solidarity Against the Death Penalty declared October 10, 2002, as World Day Against the Death Penalty.
According to Amnesty International, the majority of countries in the world have abolished the death penalty either from their own laws or in practice. Other countries are also taking steps in this direction. But the death penalty is still practiced in 58 countries.
The largest number of executions took place in China, Iran, North Korea, Saudi Arabia, Pakistan and the United States. These countries are responsible for enforcing 93% of the world's death sentences.
In many countries, death sentences are handed down in incompetent courts based on "confessions" made under torture.
The death penalty violates the third and fifth principles of the Universal Declaration of Human Rights. This punishment, which in fact means the legal killing of human beings at the behest of governments, is both a violation of the "right to life" (Principle 3) and a violation of the right that "no one shall be subjected to torture or to cruel, inhuman or degrading treatment or punishment." Or contrary to humanity and human dignity or insulting "(Principle 5).
According to Amnesty International, the number of executions in Iran in general and public executions in particular has increased significantly since 2010. Iran executes the largest number of executions per year after China. Iran also has the highest rate of juvenile executions, and according to Amnesty International, accurate and reliable statistics are not released by Iranian officials.

Hana, along with other human rights activists, calls for the abolition of the death penalty in all countries because it considers it cruel, inhuman and degrading.